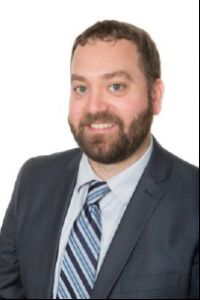 Hamilton Galloway [initiated in 2001 at University of Idaho, Alpha Phi chapter], is an economist by trade and leads a consultancy division for a global advisory firm called Oxford Economics. Professionally, he has worked over the last 13 years to advance communities, education institutions, companies and non-profits through rigorous economic modeling and analysis. His career first began in N. Idaho, before moving on to Boise, Idaho, then England and eventually landing in New York City in 2014. In 2018, Mr. Galloway joined the NEC as the Alumni Representative for AKL. Prior to that, he was on the corporation board of Alpha Phi chapter for about 7 years. In additional to his service in AKL, Mr. Galloway also actively engages in philanthropy and volunteerism. Subscribing to Judeo-Christian Principles and Leadership, he has supported key ministries and programs in NYC, including The Salvation Army, The Bowery Mission, The Brooklyn Arab-American Friendship Center [a philanthropy assisting new refugees into the US from war-torn Middle Eastern Countries], Hope for New York and currently Father’s Heart Ministries, where he runs a weekly robotics table for socio-economically disadvantaged youth. Mr. Galloway also has a strong commitment to scholarship. Professionally, he works with universities and higher education systems across the US. Personally, he also sits on the College of Business and Economics’ Advisory Board at the University of Idaho.

Why run for National Vice-President?

Mr. Galloway seeks to represent AKL’s five ideals in everything he does—professionally and personally. These ideals have shaped his thinking and framed his resolve when addressing any challenge. More so today, than any other time in modern history, countless challenges face our families, friends, communities, and AKL. Navigating the threats facing higher education and the Greek system will involve leadership at all levels to engage. As National Vice President, his goal is singular: to use his knowledge and expertise—underpinned by AKL’s five ideals—to help mitigate the growing risks to our socially-minded institution. This can be achieved through preserving chapters and to the extent possible, fortifying, re-colonizing and expanding AKL’s presence. Mr. Galloway’s goal is to see that others may have the opportunities and experiences of AKL-driven brotherhood that was so influential in Mr. Galloway’s personal and professional growth.

*All biographical information was provided for the nomination.*