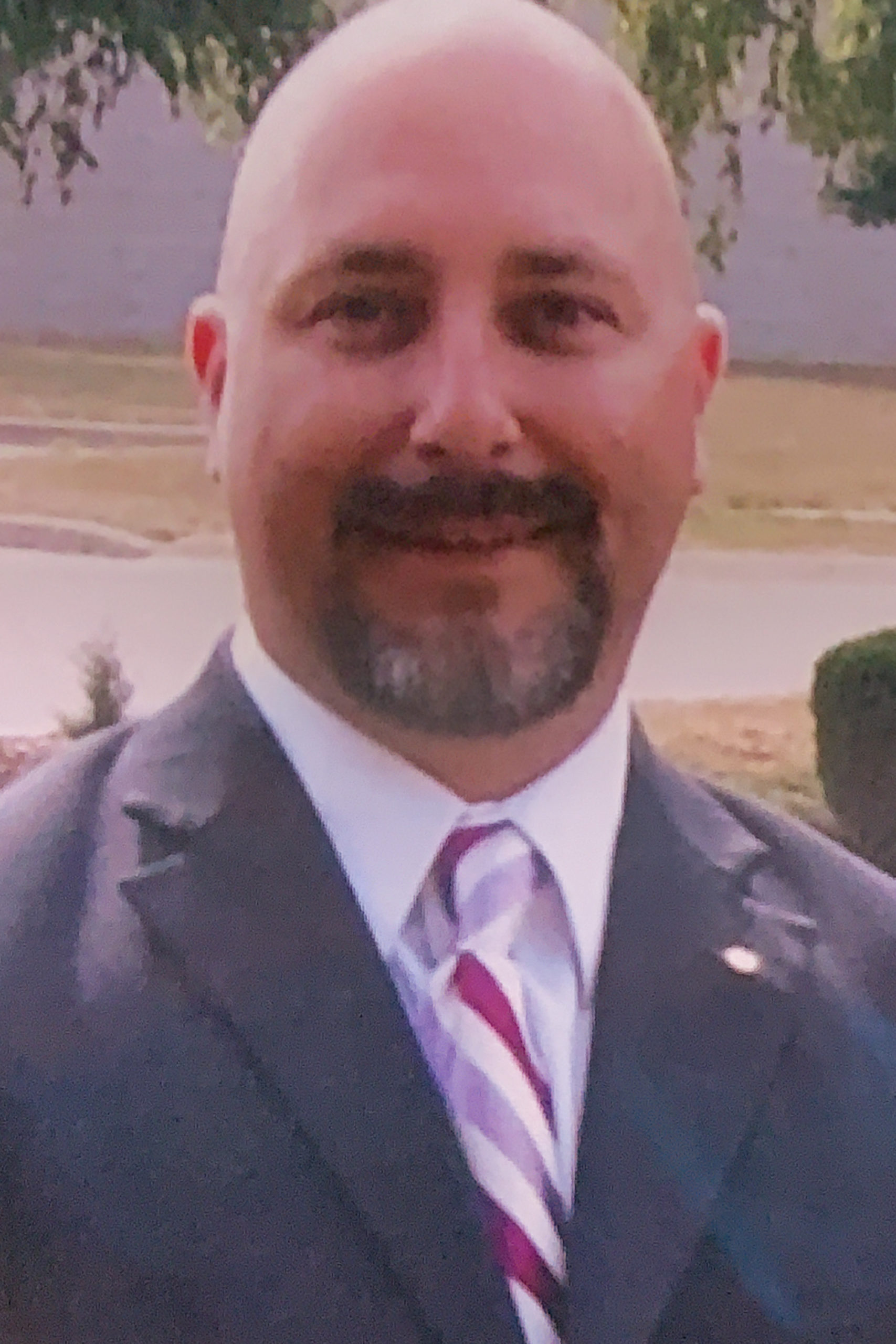 In 2001 Brother Slivinski was hired by Alpha Kappa Lambda to serve as the Assistant Executive Director. Upon Brother Gilchrist’s retirement, he was appointed the eleventh Executive Director of AKL. He is the first recipient of the Man of Character Award (2000) which has since been renamed to the Gilchrist Man of Character Award.  He is also one of the first recipients of the Man of Vision Award (2000) which given by Virginians Aligned Against Sexual Assault (VAASA). 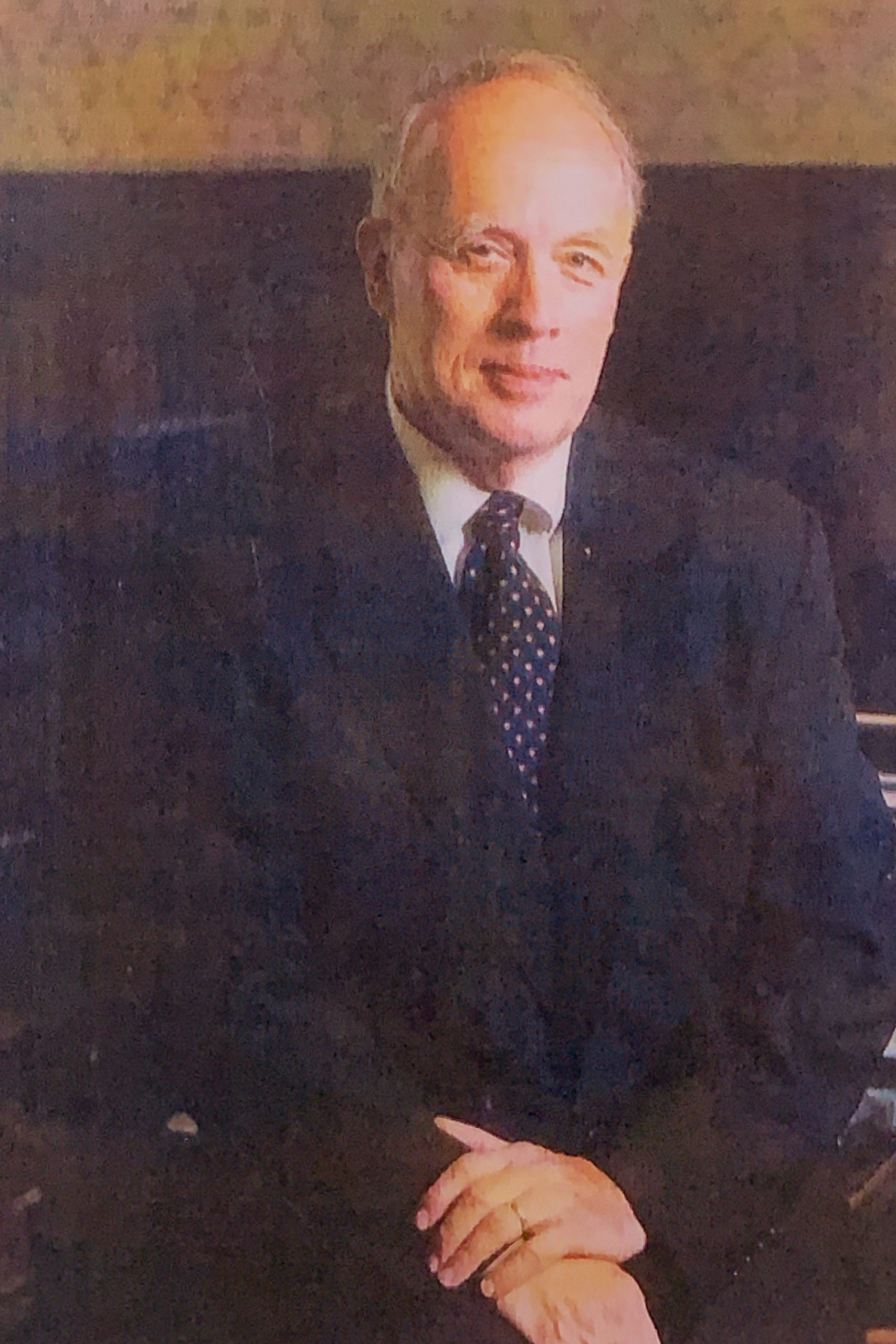 Brother Gilchrist has been one of the longest-serving brothers of Alpha Kappa Lambda. His campus activities included membership in the glee club, an organization that would have him perform on the Ed Sullivan Show, and at President Inauguration. He graduated in 1956 with a degree in agriculture. He was elected to the Kappa Corporate Board in 1965 and stayed on for thirty years.

Due to his work securing the financing for the new Kappa house while on the corporate board, he was appointed director of National Alpha Kappa Lambda, the housing side of the national fraternity, and would subsequently become President of the corporation. Brother Gilchrist was elected to the National Executive Council in 1974 as an alternate and in 1976 as National Secretary. He oversaw the move of the national office to Indianapolis in 1978 and would become the chairman of the National Executive Council from 1980 to 1983. He was elected National President of Alpha Kappa Lambda in 1985 and has served as a director on the Alpha Kappa Lambda Education Foundation for from 1985 through the present day.

Outside Alpha Kappa Lambda, he served as Treasurer, Secretary, and President of the Fraternity Executives Association. He is now an honorary lifetime member of that group. Brother Gilchrist has been an ever-faithful servant to the Alpha Kappa Lambda and its brothers. This was formally recognized when in 2004, the Gilchrist Man of Character Award was named in his and his wife Ann’s honor. 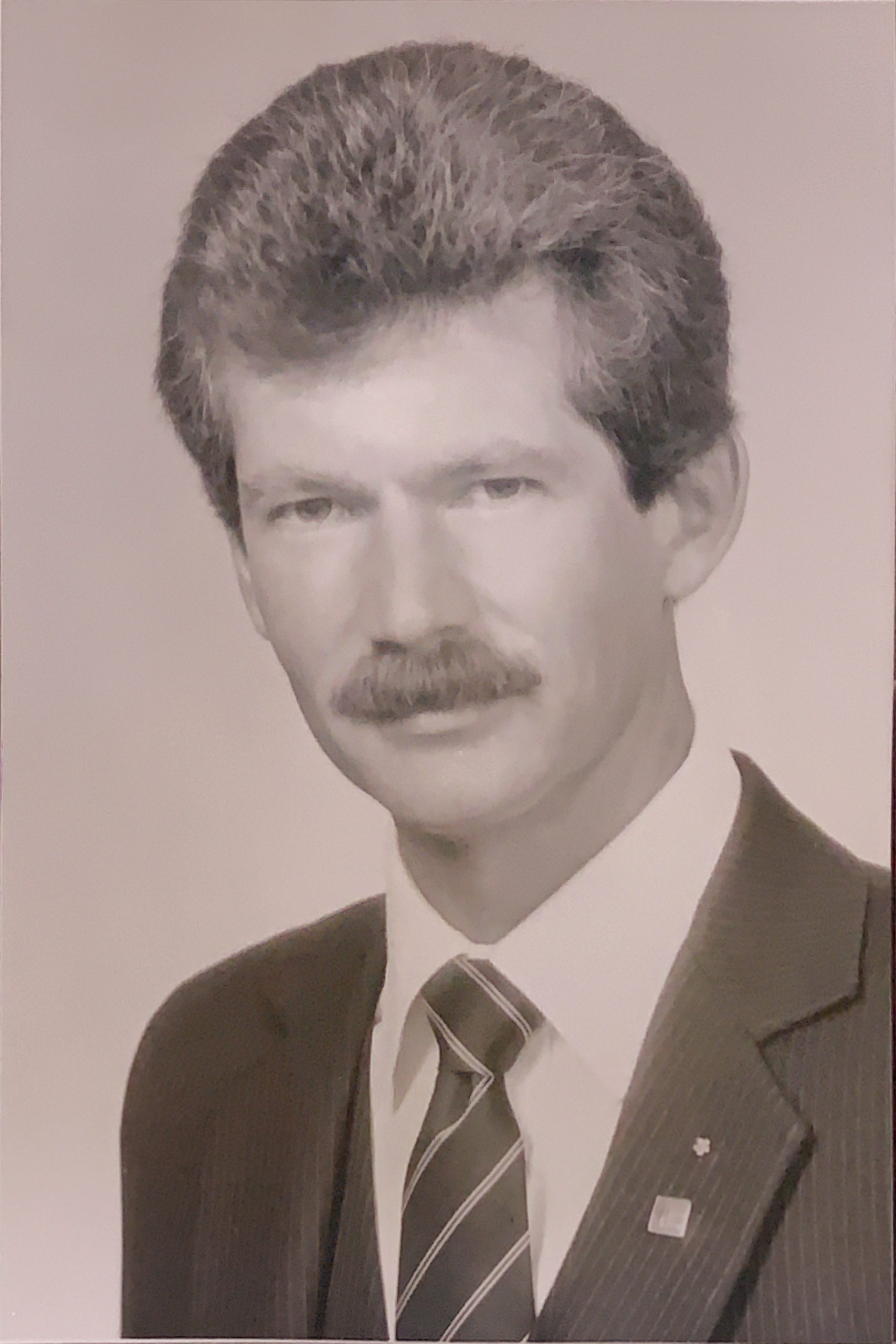 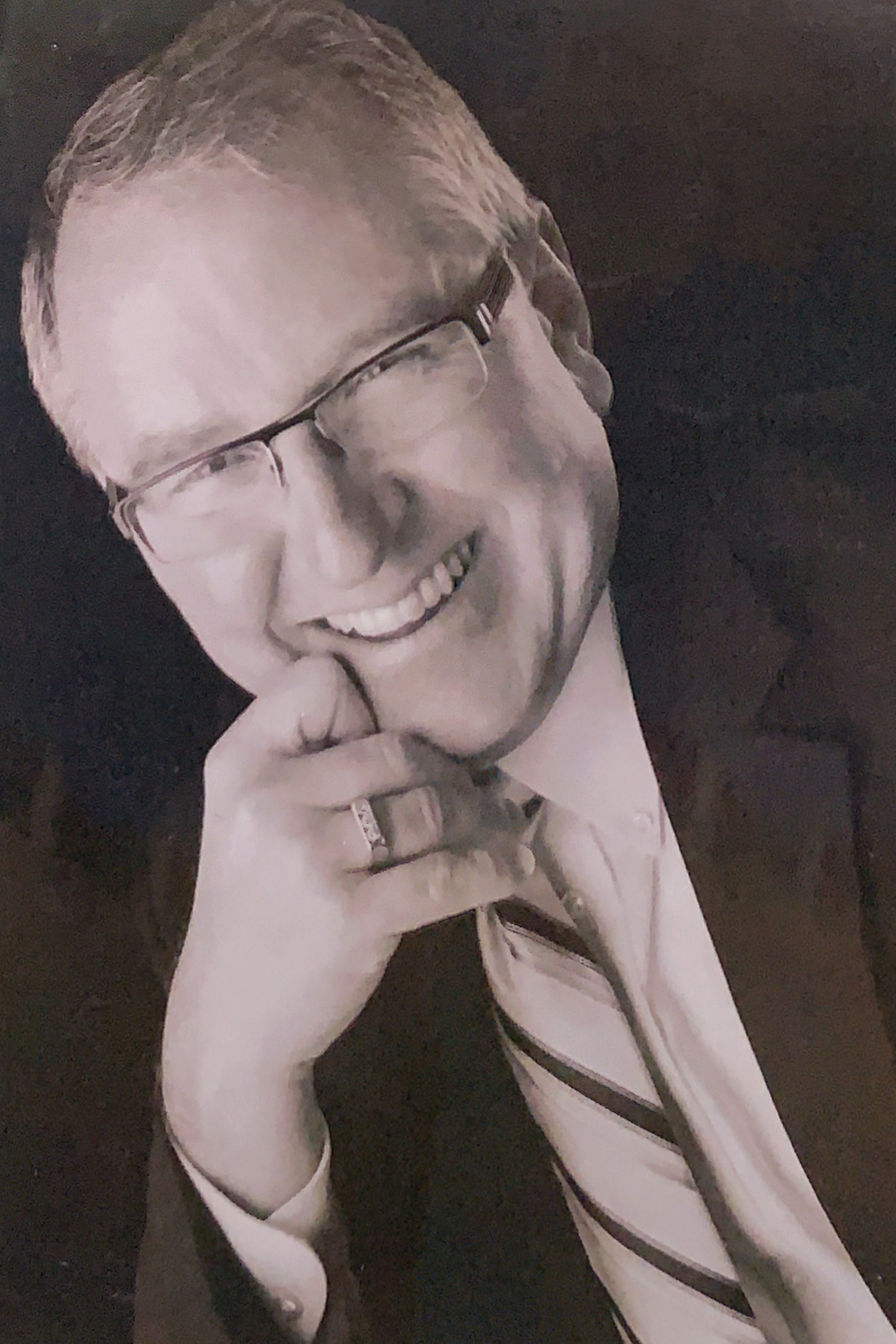 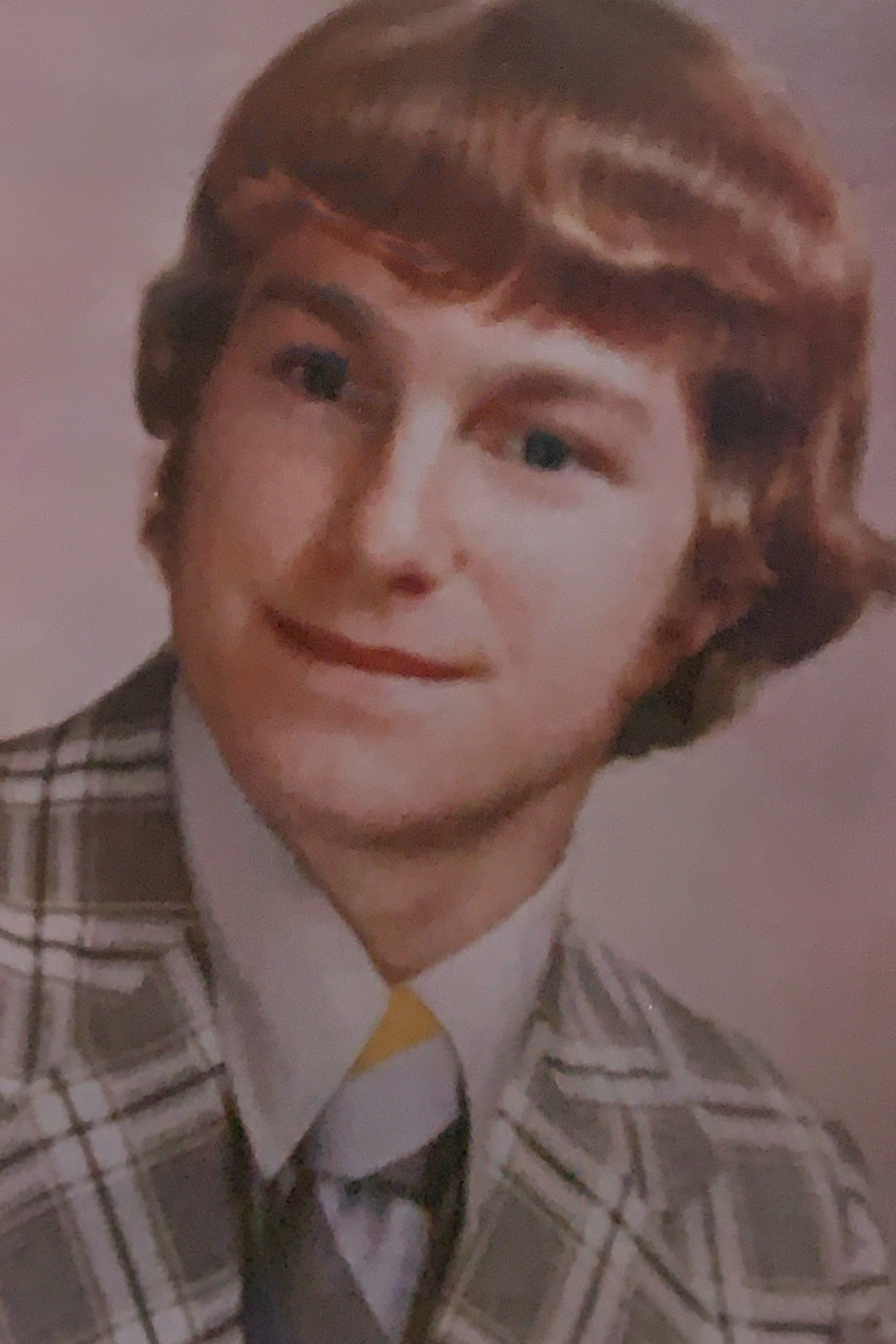 Brother Carl Hoog served as the fifth Executive Director. He served from 1979 to 1981. He attended Oregon State University where he served as Rush Chairman, Newsletter Editor, and Chapter President. He graduated in June of 1976 with a degree in Geography. He worked in the transportation industry before coming to the National Office. He previously served on the Phi Chapter Corporate Board as President. 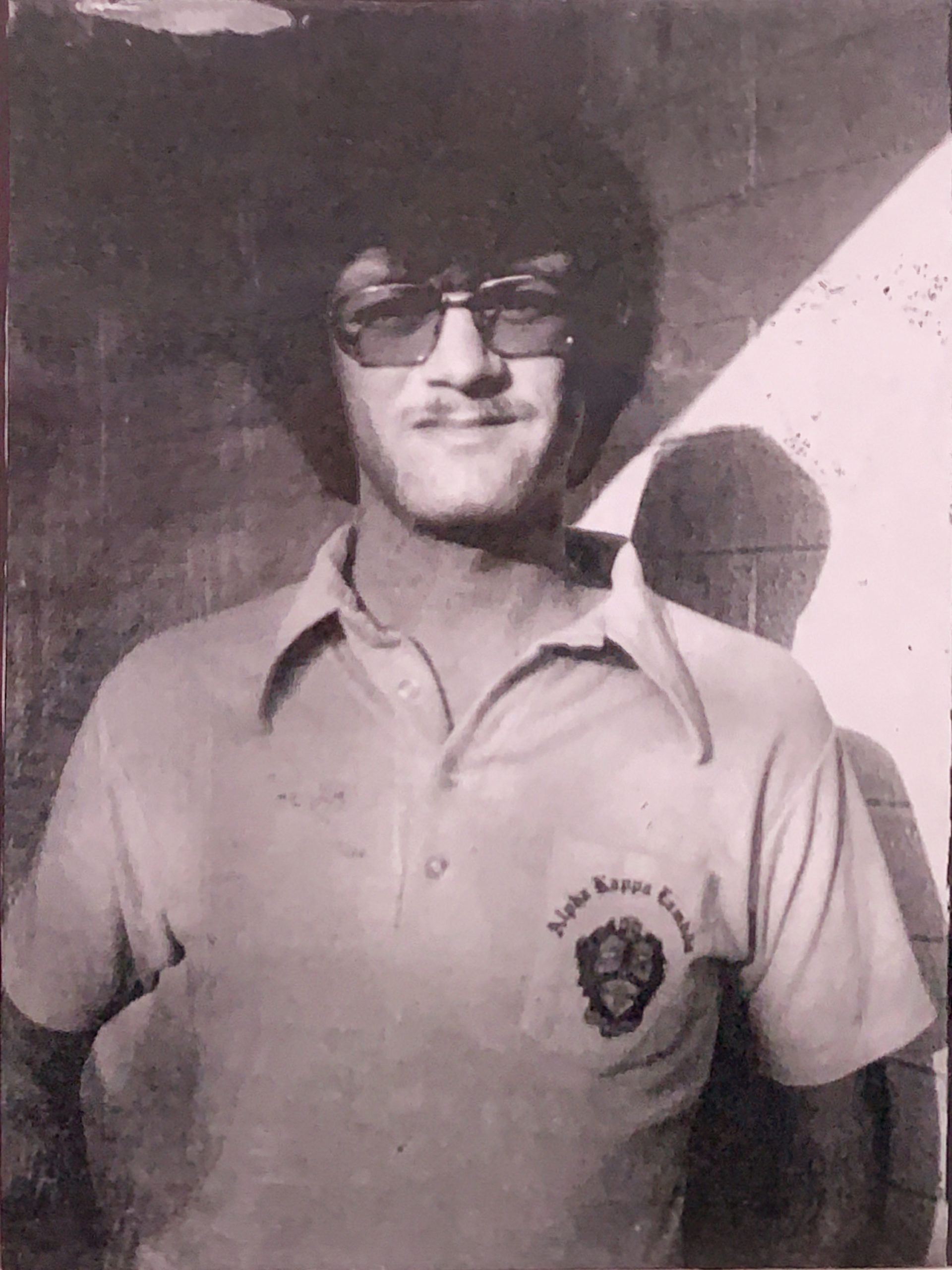 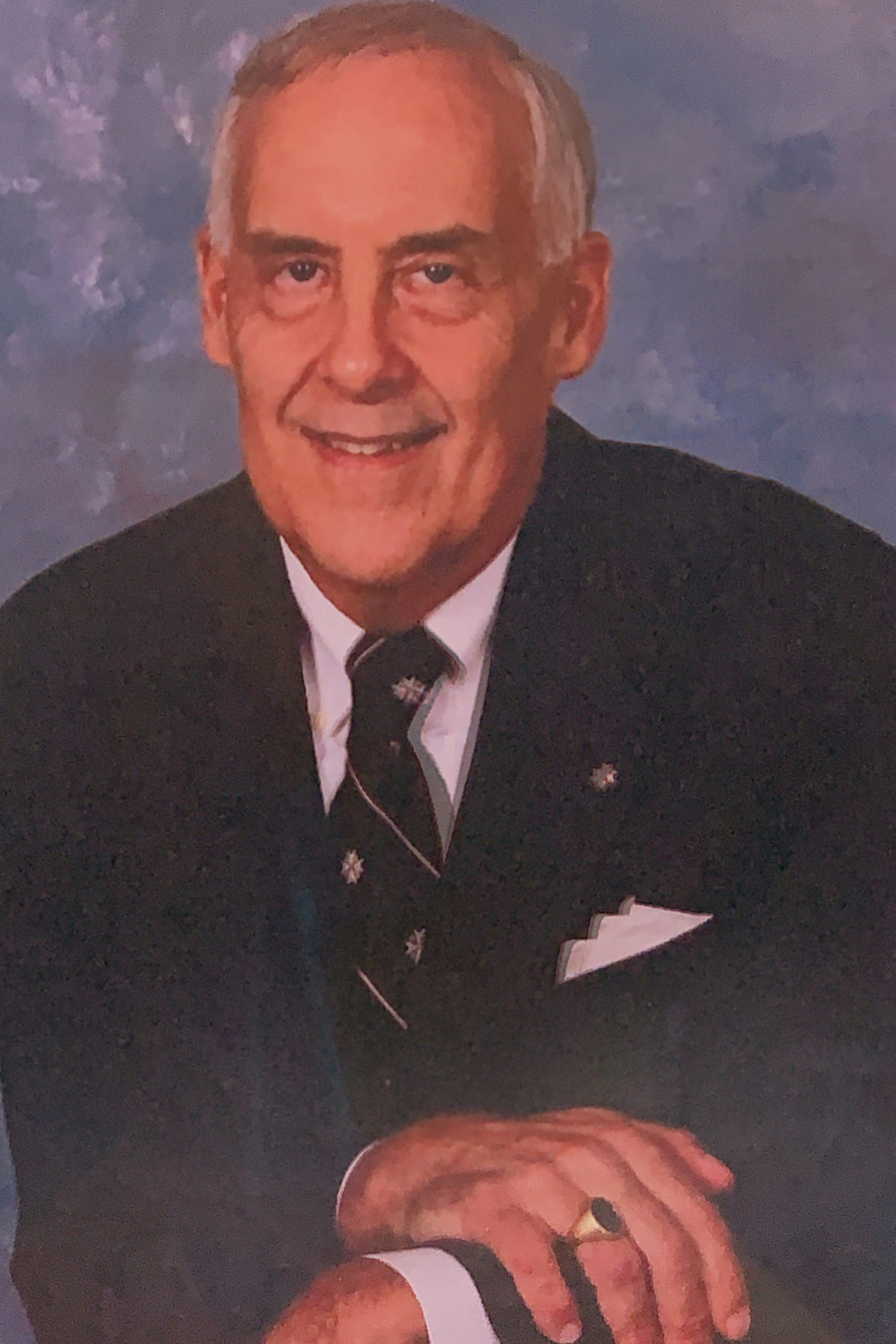 Brother Duncan C. Ely served as the fourth Executive Director. He graduated in 1974 from the University of Arizona at Tucson. Prior to being named Executive Director, he served as the Region Coordinator and Director of Alumni Affairs. His first major move as Executive Director was to lead to the National Conclave of that year to vote in favor to move the National Office from Ft. Collins Colorado to Indianapolis, Indiana. This was so the National Office could better support the local chapters and to tap into the east and southern parts of the country that had yet to be explored. His legacy was focused on office operations on supporting chapter operations. 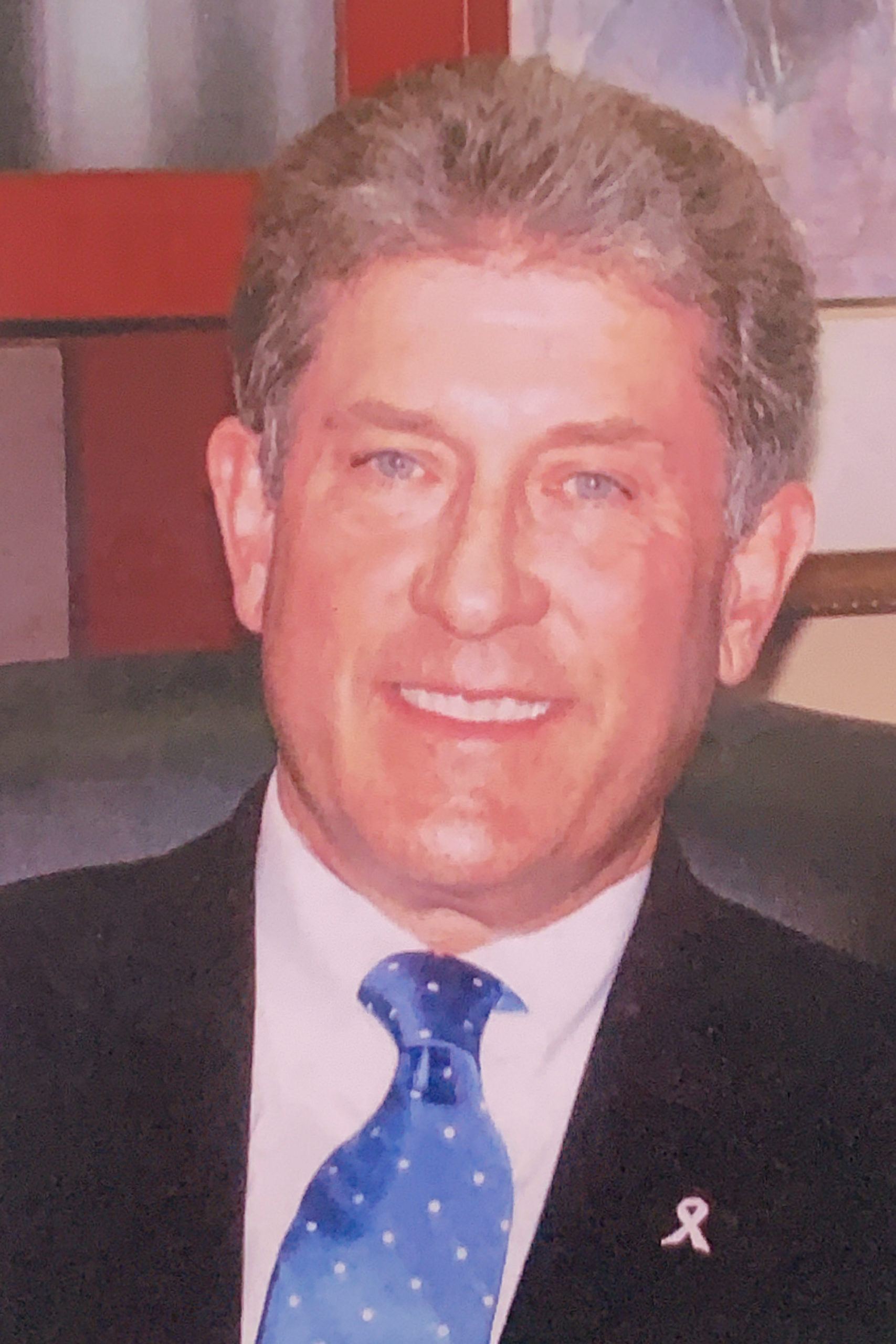 William S. West served as the third National Executive of Alpha Kappa Lambda. He earned a B.S. in Psychology with an emphasis in business and journalism in 1973. He joined Alpha Kappa Lambda Headquarters in June of 1973 under the internship program after his graduation which entailed visiting chapters and helping them improve operations on the local level. He held the positions of Director of Chapter Services and Expansion before being appointed Executive Director, October 1, 1975. Under Brother West’s direction, the fraternity was run as a business. He stressed the need for the National Fraternity to meet the needs of the college men.

In 1977 Brother West stepped down as Executive Director to pursue a career in real estate. His work gained him honors such as “Salesman of the Year” in 1978 for Dillon-Vaughan-Walters Real Estate and “Realtor of the Year” in 1984 for the Fort Collins Board of Realtors. He earned the Certified Residential Specialist designation in 1981 from the Realtors National Marketing Institute. Less than 4% of Realtors have earned this honor.

Currently, Brother West is a Real Estate Broker for The Group Inc. and maintains an active real estate practice. He is the author of Your Garagenous Zone- the Complete Garage Organizer Guide in 1999 and Your Garagenous Zone: Innovative Ideas for the Garage in 2004. These two books have become the foundation works for this new type of home remodeling. 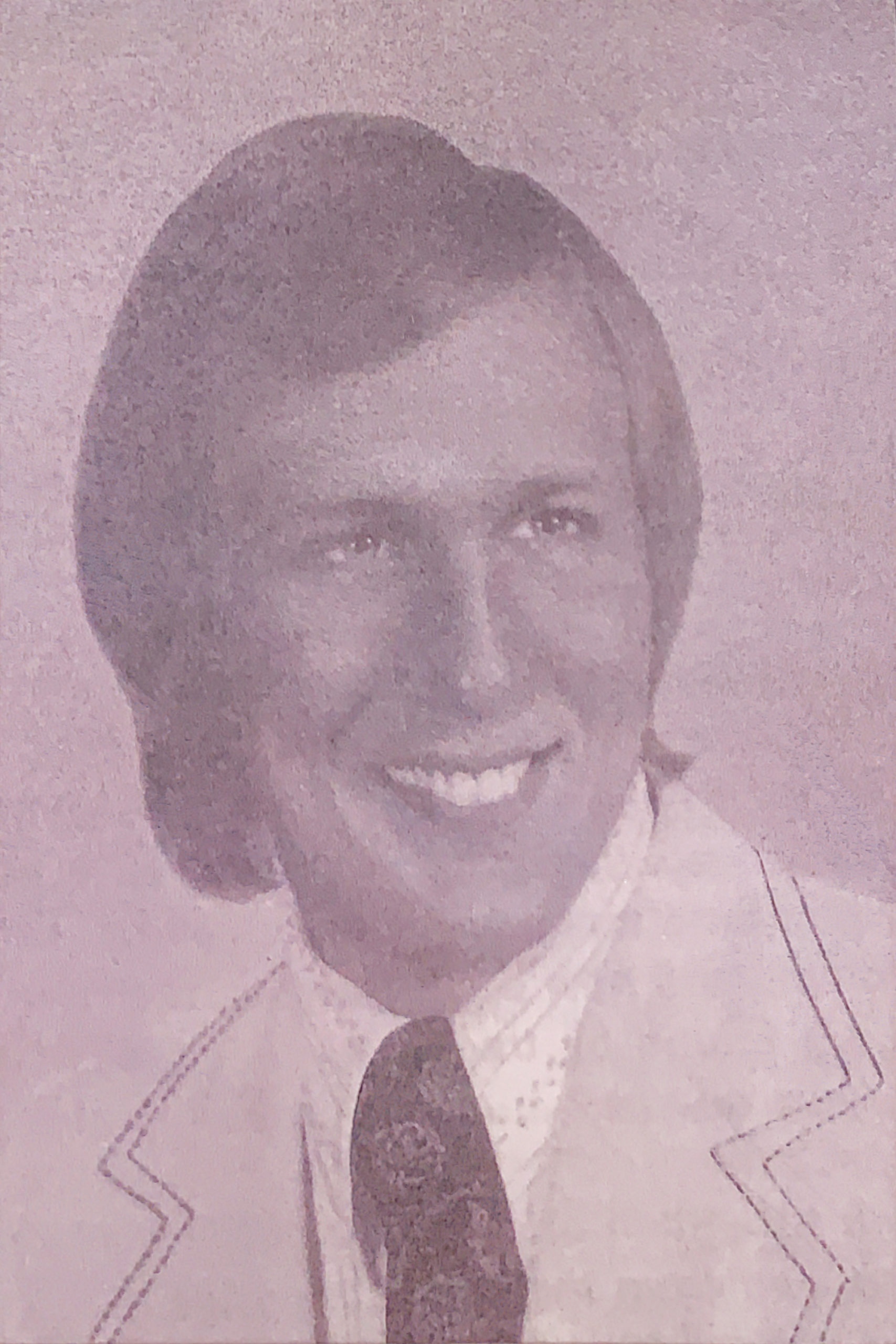 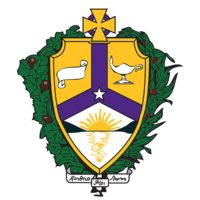 Brother Tye was appointed interim Executive Director at the retirement of Brother Bacon. 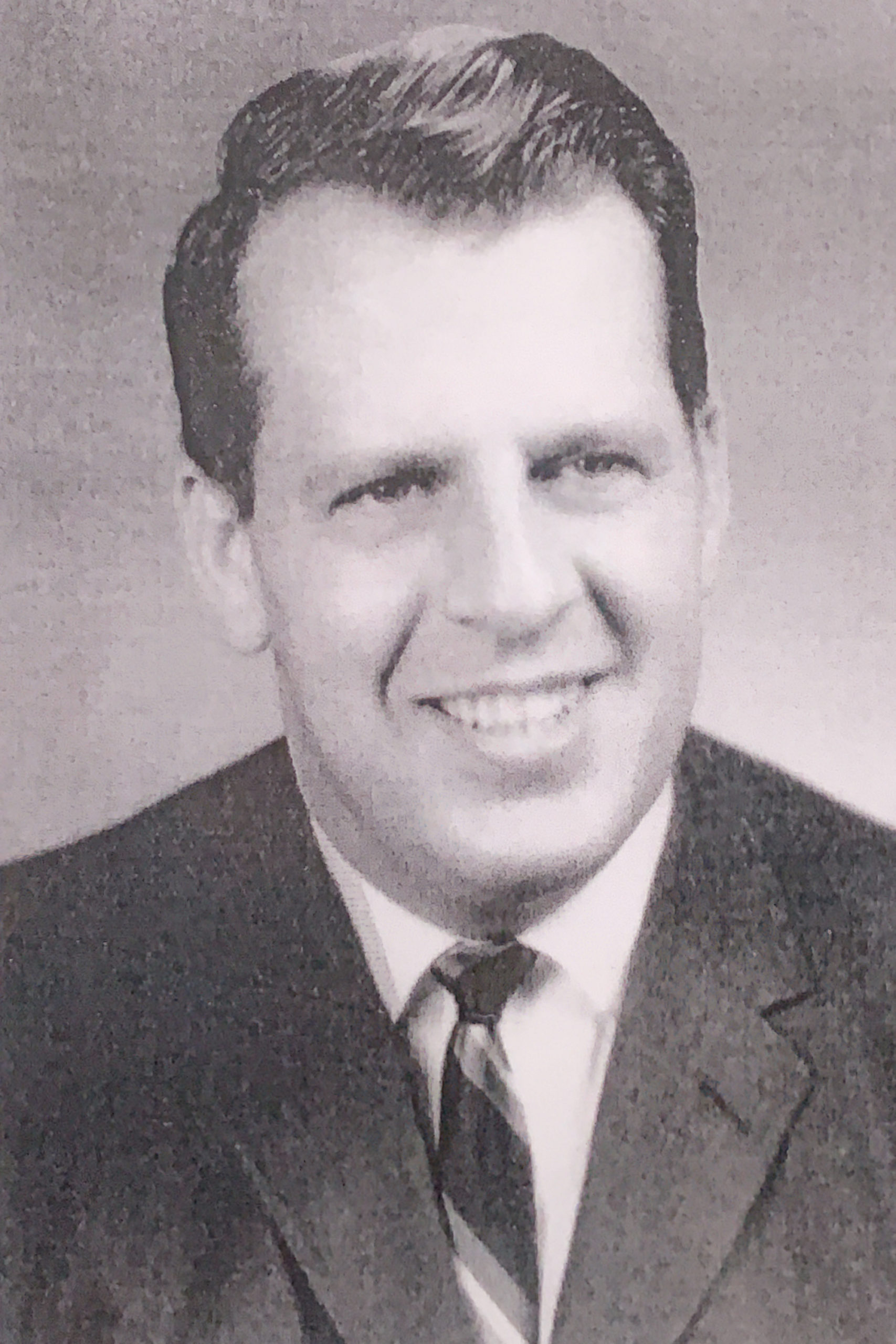 The effort at the new Lambda chapter caught the attention of National President Dr. H. George DeKay, who was looking to hire a full-time executive to the National Fraternity on a day to day basis. Bacon accepted the offer in July of 1949. He would run Alpha Kappa Lambda out of his bedroom and then his basement for a time before moving to office space in Emporia. He typed the first executive correspondence on a typewriter he purchased as a freshman for $15.00. It would be some five years before a telephone was budgeted for the National Executive Secretary.

Executive Secretary Bacon and Alpha Kappa Lambda were leaders in abolishing the traditional “hell week”. Under Brother Bacon, National staff was hired to assist with chapter relations, alumni support, and record keeping. He was responsible for moving the National Headquarters to Ft. Collins Colorado. In 1966, in conjunction with the 23rd National Conclave in Chicago, Bacon instituted the first of many Leadership Colleges.

Two major changes would take place in 1968, the first being the creation of “The Fraternity of Alpha Kappa Lambda” to handle chapter and alumni relations and the existing “National Alpha Kappa Lambda” to handle chapter housing. This was a first in the interfraternity world. The second major change was when the National Executive Council changed Lewis Bacon’s title from Executive Secretary to Executive Director.

April 30th, 1972 marked the end of the Bacon administration when his resignation was accepted by the National Executive Council. Under his 23 years of guidance, the fraternity had initiated over 10,000 men and granted some 40 additional charters.  This period would mark the greatest growth in Alpha Kappa Lambda’s history. He would go on to as the manager of the Brawley, California Chamber of Commerce.

Brother Bacon joined the ranks of the Omega Chapter when he passed away on August 20, 1997.